To share your memory on the wall of Perry Wider, sign in using one of the following options:


He graduated from John Adams High School in 1959 and was active in several student organizations and sports clubs. When he was 18 years old, he met Murrell Williamson, his wife of 54 years. She was from a small town in Georgia and had recently moved in with her older sister, who resided in Queens, NY. Perry and Murrell dated for three years and married on July 24th, 1963. They had four daughters and raised them in Long Island, NY. Perry worked for the Mass Transit Administration in Brooklyn, NY until his retirement and served as a union leader during his tenure. He was a member of the Jackson Memorial A.M.E. Zion Church, in Hempstead, NY. At Jackson Memorial he served as a deacon, member of the men’s choir, and Senior Sunday School Teacher, which he enjoyed very much. He loved to talk to people about the Lord and read scripture.


Family meant the most to Perry, and he was proud to be a father as well as a husband. He had a heart for children, and especially loved spending time with his grandchildren and great-grandchildren.

Receive notifications about information and event scheduling for Perry

Consider providing a gift of comfort for the family of Perry Wider by sending flowers.

We encourage you to share your most beloved memories of Perry here, so that the family and other loved ones can always see it. You can upload cherished photographs, or share your favorite stories, and can even comment on those shared by others. 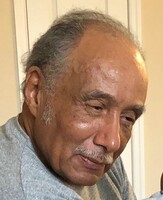 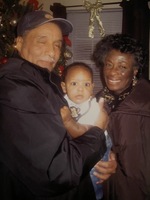