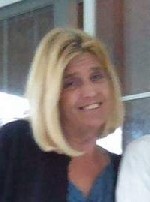 Traci Lynn Harbeson, 53, of Finksburg, MD passed away on February 18, 2021. She was born on November 5, 1967 in Baltimore, MD to Gail (nee Perkins) Bailey and the late William Robert Bailey. She was married to the late Raymond J. Harbeson.

Traci was a clerk at a department store.

She is survived by her mother Gail Bailey, son Zachary Harbeson.

In addition to her husband Raymond J. Harbeson and father William R. Bailey, Traci was predeceased by her grandparents, John and June Bailey and Arthur and Bertha Perkins.

All rights reserved. This obituary is also archived at obittree.com